Scottish acting legend Sir Sean Connery has celebrated his 78th birthday by launching his memoirs at a sell-out event in Edinburgh. 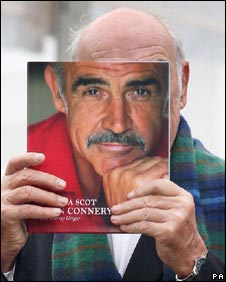 Sir Sean launched Being A Scot in front of a 300-strong crowd, which included First Minister Alex Salmond, at the Edinburgh International Book Festival.

The actor backed calls by the SNP for a separate Scottish Olympic team.

He told the audience: “Scotland should always be a stand-alone nation at whatever, I believe.”